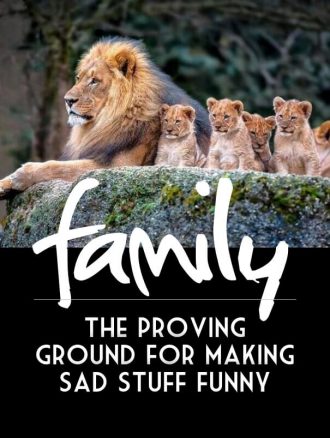 Ghostwriting clients often ask me to take really serious material and make it funny. I’ve met people who want to write books about everything from sexual discrimination in the workplace to grief over losing an unborn child, and, somehow, they all want to lighten up the story. The truth is, certain things aren’t funny at all, but I have seen writers write in a hilarious way about very unfunny things, so, under certain situations it can work. The key is in the layering of the story. The best example I know is a story by David Sedaris, in his book Naked. It’s about his father kicking him out of the house for being gay, but it’s incredibly funny. Here’s why: he is telling two stories layered on top of each other. The one about his father kicking him out for being gay isn’t funny, but the other story is that, while his mother drove him to his new home, crying all the way, David didn’t understand the reason his father had kicked him out, and didn’t know why his mother was crying. The funny story is about how innocent and clueless he was about what was really going on. So, that’s how layering works to make something serious funny.

A story like that really only works when the subject of the story is innocent. For instance, if David had repressed his anger over the situation, that wouldn’t have been funny. And if he had believed that he did indeed deserve to be banished from home for that reason, that wouldn’t have been funny either. It was only his innocence, and the fact that, mentally, he was living in a completely different world from his mom and dad, that made the story incredibly funny. Sedaris’ trademark is mocking himself, so that’s also why it works. And it can work in a ghostwritten memoir, too, it’s just a matter of the story’s subject going deep and remembering not just what happened, superficially, but what happened internally, especially if those two realities stand in stark contrast.

My editor recently read a story from my own memoir-in-progress and said she thought it was completely unfunny because the whole situation looked like child abuse. I had to laugh. This was my fault. I hadn’t gone deep enough to show the contrast between my inner world and the outer world. I had left out crucial details of both, in an attempt at being concise. So that just brought all this to the forefront, for me–the importance of layering and going deep into each layer, in order to reveal the two different worlds existing independently. Sometimes this makes serious things funny, sometimes it doesn’t, but it always makes the story deeper and more interesting.